An Adventure at the Rose Parade ~

Although unseasonable cool, the grey skies did not dampen the colorful beauty of the Tournament of Roses Parade! There were exactly 41 floats, 19 marching bands and 20 equestrian units happily marching 5.5 miles down Colorado Blvd.

Through some close friends, we were able to get a pass which allowed us to park about a 1/2 block from the staging area in front of the Tournament of Roses House. Setting our alarms for 5:30am we raised our sleepy bodies up and out the door in order to see these magnificent floats up close. It was so worth it! I thought you might like to see what we experienced! 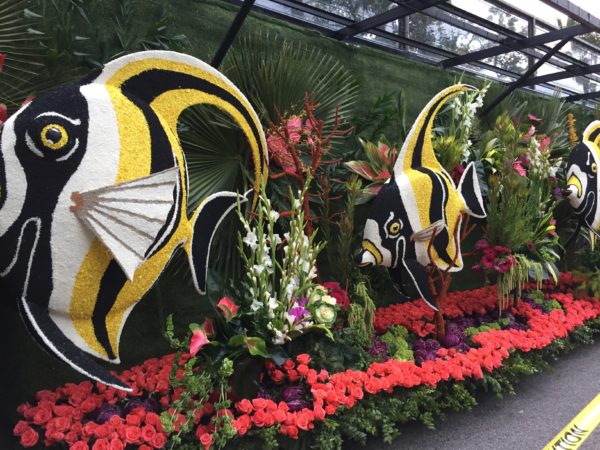 Do you love a Rose Parade float as much as I do?

Have you been to the Tournament of Roses Parade? Have you ever considered sleeping on the icy cold sidewalk overnight in order to save your place to watch the Parade? I did that in junior high, that is for die-hard fans and so admirable. The parade route is quite festive on New Year’s Eve, because people are camped out in their sleeping bags right there on the curb in order to get a front-row spot for the parade.

The floats in the parade have evolved through the years into BIG business. Heavy hitter sponsors and large corporations spend hundreds of thousands of dollars or more to have a float built. There are still plenty of small private groups too that enter a float and the variety of ornamentation and design make the parade quite exciting. 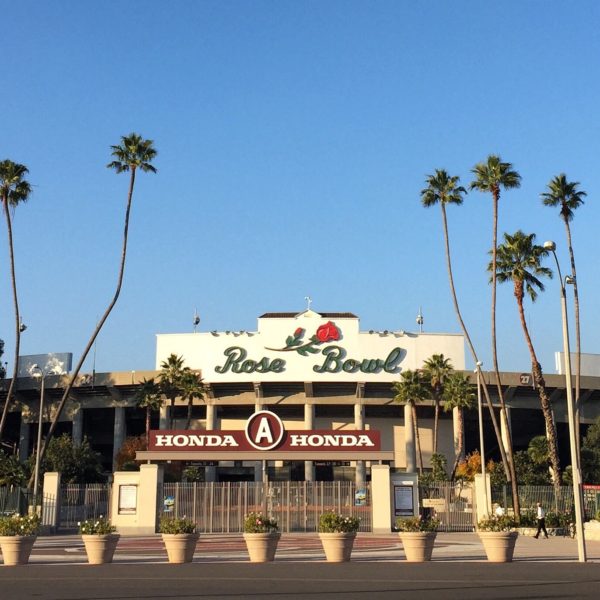 Are you coming to Pasadena anytime soon? Is your favorite college team in the Rose Bowl? Are you up to your knees in snow, icy wind and rain? Do you long for winter temps in the 70’s? What? Yes, the 70’s. 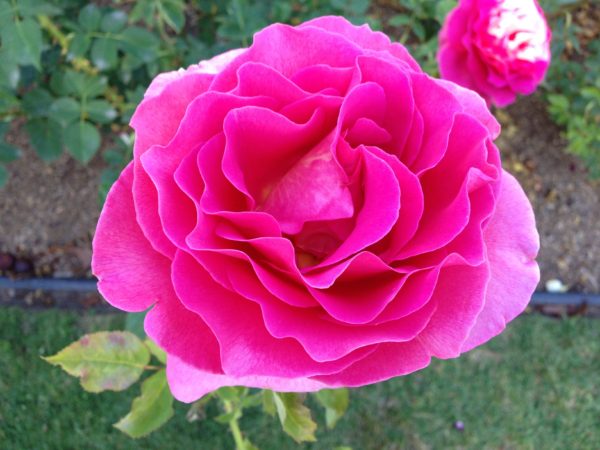 Yes, my friend it is so. The winters are mostly sunny and mild, with no humidity, the mountains are lovely and it is only a short drive to the gorgeous beaches of So Cal. However, we do have plenty of people living here, so just a visit, ok?

A Visit to Pasadena in December

The month of December is a perfect time of year to share a few itinerary ideas for visiting one of my favorite places, Pasadena, California. The Rose Bowl, The Tournament of Roses New Year’s Day Parade and perfect weather, draw thousands of people to the city every December. When you watch the parade on television you can clearly see the majestic San Gabriel Mountains that are just north of the city and so beautiful. Blue skies and bright sunshine are especially enticing to those that are experiencing a harsh winter.

A little personal back story…

I was fortunate to grow up in Arcadia, a small community which was about ten minutes east of Pasadena. Pasadena is a much larger city and became very important to me when I was a teenager. When I was seventeen, I became part of something quite extraordinary that changed my life forever.
Over 900 happy, yet nervous, high school seniors from Pasadena and three other neighboring cities participated in a series of interviews. Our hope was to be chosen one of seven members of the Pasadena Tournament of Roses Royal Court. Lucky me, I was chosen to be one of them.
The experience was one of a kind and the thrill of meeting so many different kinds of people (mostly adults) and representing such an important organization like the Tournament, was a dream come true. We made personal appearances throughout Southern California, spoke to philanthropy groups, Rotary Clubs, hosted Rose Bowl events for the visiting colleges and even drove the Goodyear blimp!  For a 17 year old high school senior, it was quite mind-blowing. We were on the Bob Hope Christmas Special, danced with Lawrence Welk on his television show and featured on magazine covers.
The grand prize was to ride on a float in the Tournament of Roses Parade, waving to the crowds, where a million people line the curbs of Colorado Blvd and 100 million more watched it on TV.