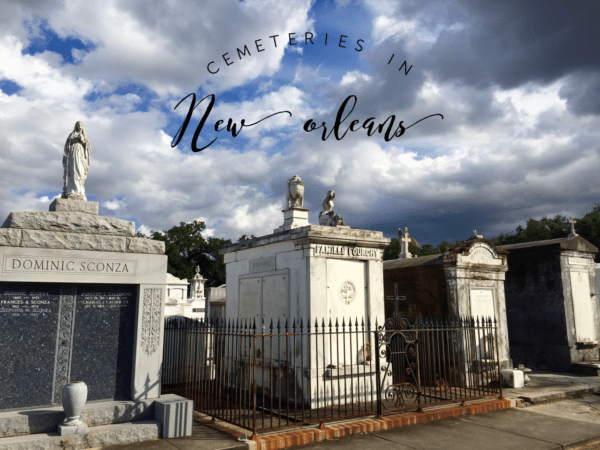 Yes, they really are! On our small group tour of the city, we stopped at St Louis Cemetery #3. It was a scorching hot day, with a vibrant blue sky and impressionist clouds. If the sky hadn’t been so spectacular, I don’t know that I would have taken so many photos.

Since today is Halloween and New Orleans celebrates this holiday to the extreme, it seemed fitting to share these photos with you. Many of the enormous stone-carved family tombs cost tens of thousands of dollars to create and there were some (I did not photograph, unfortunately) that were even over $100,000.

Fun fact: Growing up, my father and his family owned a mortuary and they all worked in the mortuary business. My dad was a mortician! Yikes! I never did want to take him to school on career day… I wonder why? By the time I was in the 5th grade he had changed jobs. For his next career he joined a high school friend in the meat business. Dead people to dead meat – nice. I guess I should write about this unique back story of mine one day… until then, enjoy the photos of St Louis Cemetery #3. 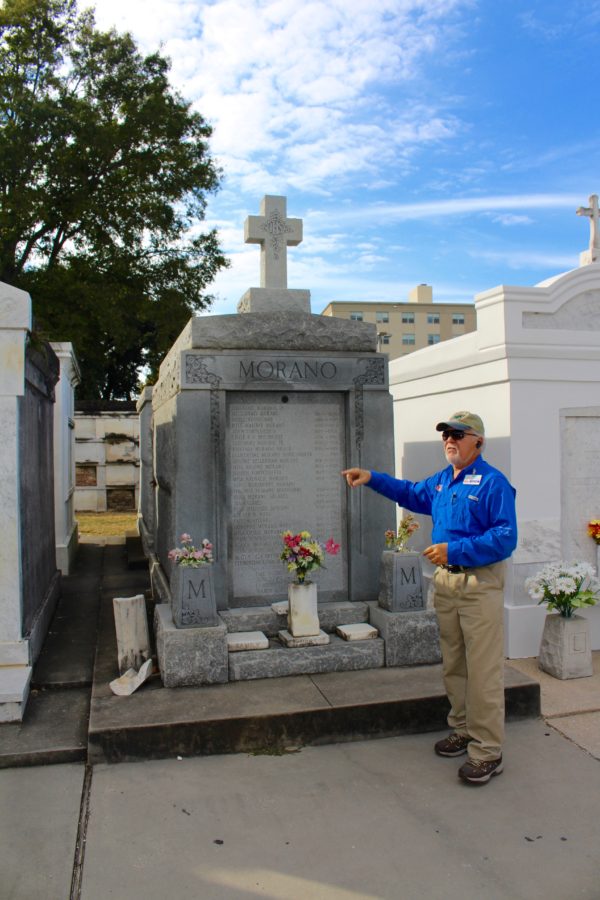 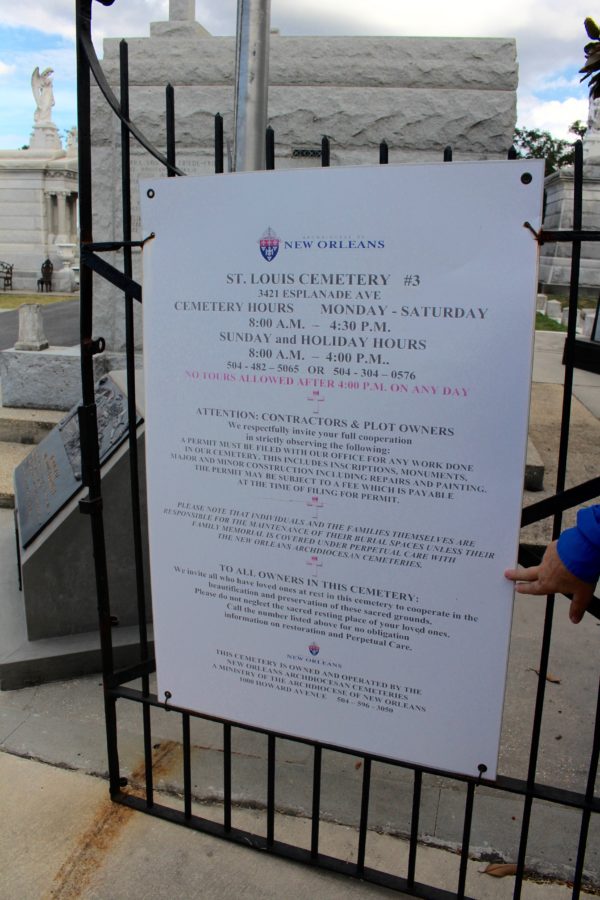 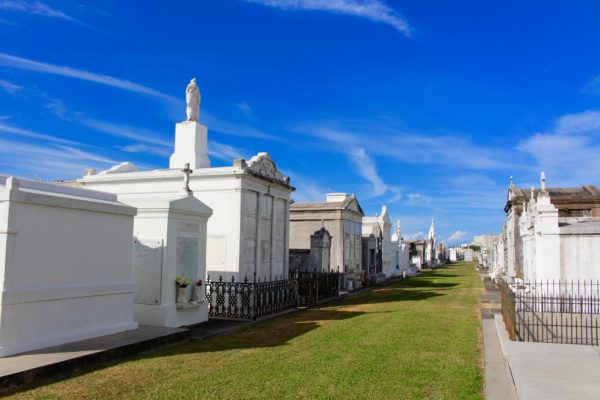 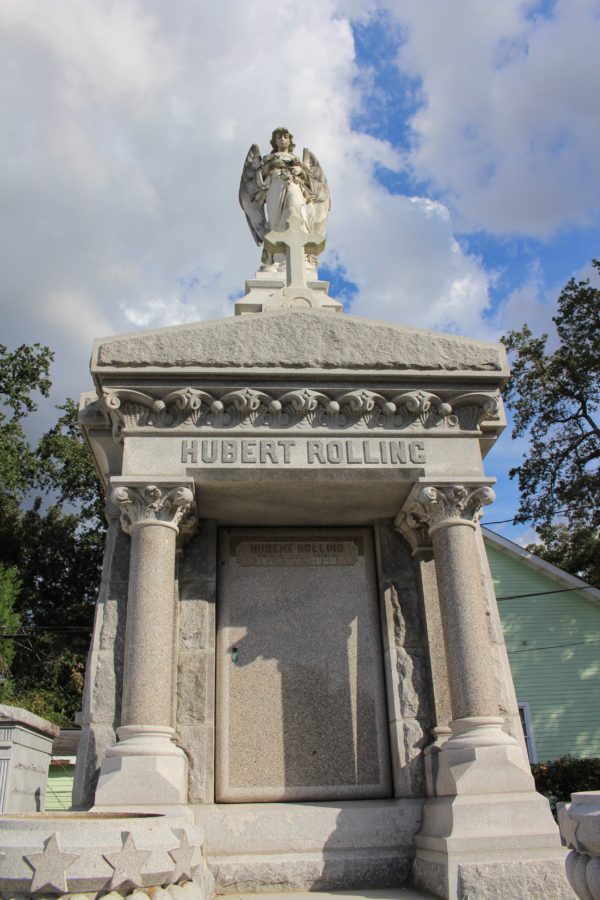 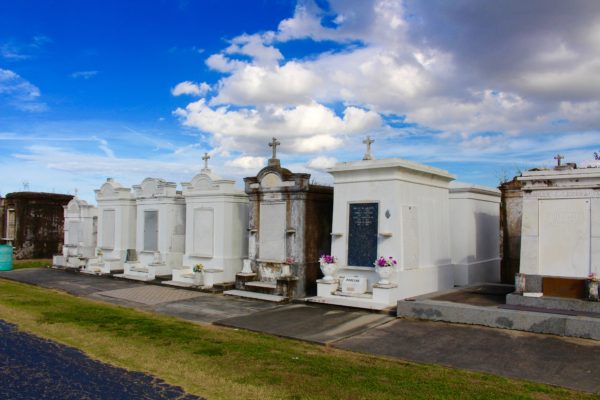 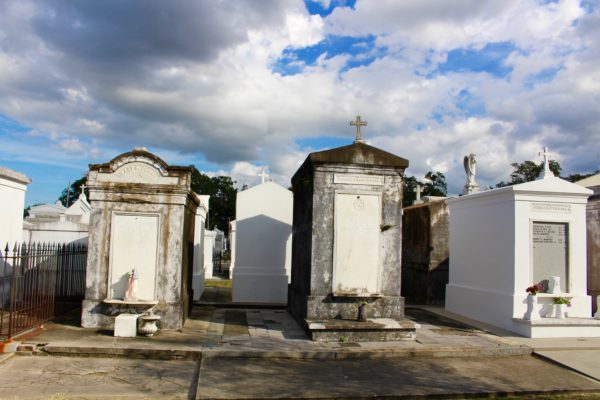 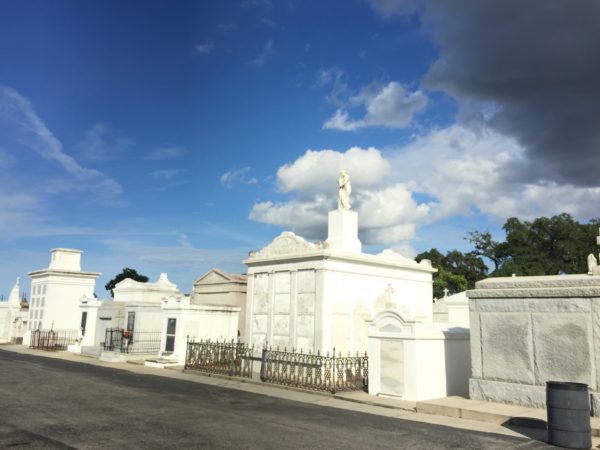 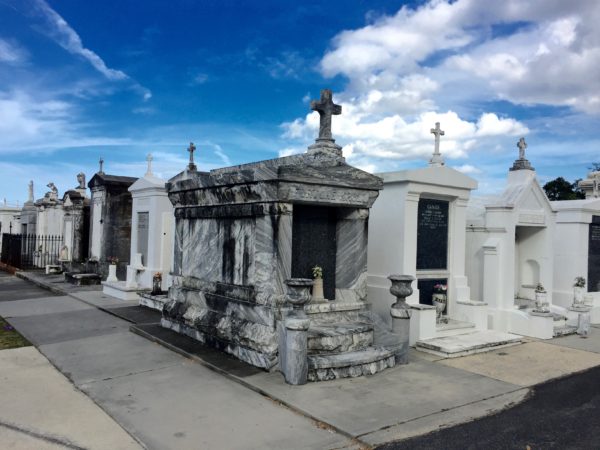 The cemeteries of New Orleans are known by the nickname “Cities of the Dead”. The St Louis Cemetery #3 that we visited is not the most famous. It is located about two miles from the French Quarter and the crypts on average are more elaborate than at the other St. Louis cemeteries, including a number of fine 19th century marble tombs.

St. Louis Cemetery No. 1 is the oldest and most famous. It was opened in 1789, replacing the city’s older St. Peter Cemetery (no longer in existence) as the main burial ground when the city was redesigned after a fire in 1788. This is where the renowned Voodoo priestess Marie Laveau is believed to be interred in the Glapion family crypt.

We were not as intrigued by voodoo and where famous people were buried, but we did want to see these elaborate crypts. It was all a bit creepy especially so near Halloween, but the history is fascinating.

Have you been to the cemeteries in New Orleans?

Check out ==> My 13 Favorite Things to do in New Orleans

Please join us on social media