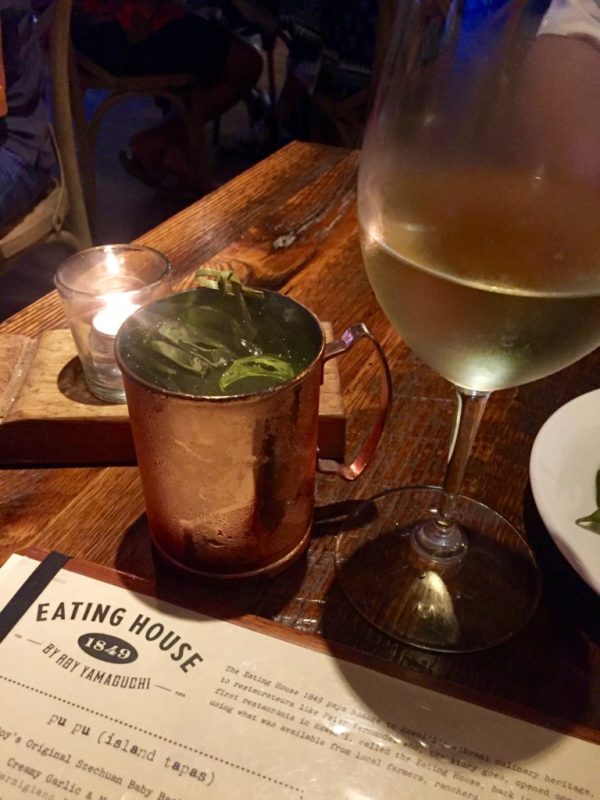 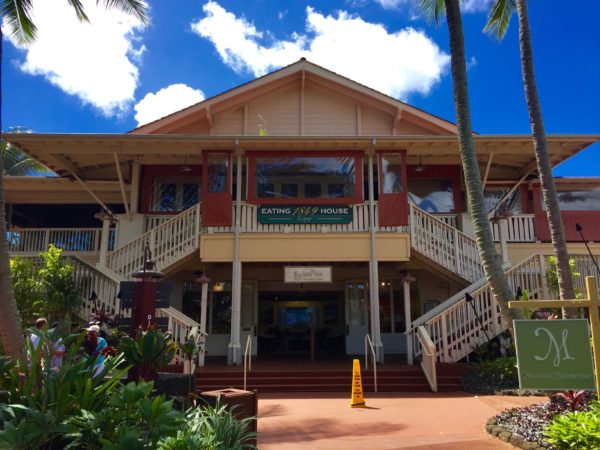 I was immediately enamored with the old plantation house décor with plank wood floors and open air walls with views to the Pacific. The restaurant was running full tilt when we arrived and it never slowed down. The server was knowledgeable and the menu offered exactly what we like to eat! Craig and I love the small plates concept where the portions are smaller because this makes room to try more dishes! 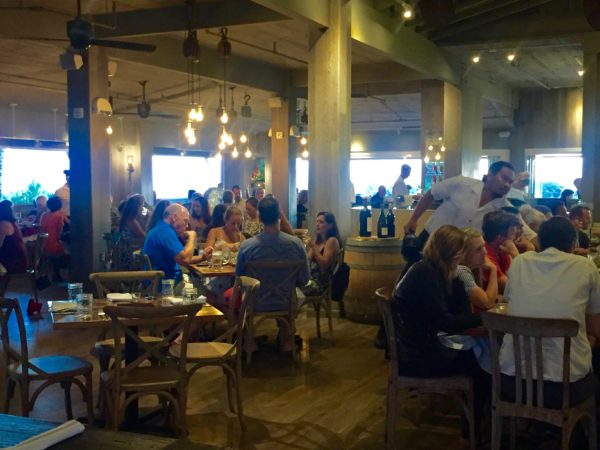 For those of you who like to stay on the North Shore of the island, figure out a way to eat here, it is that good. 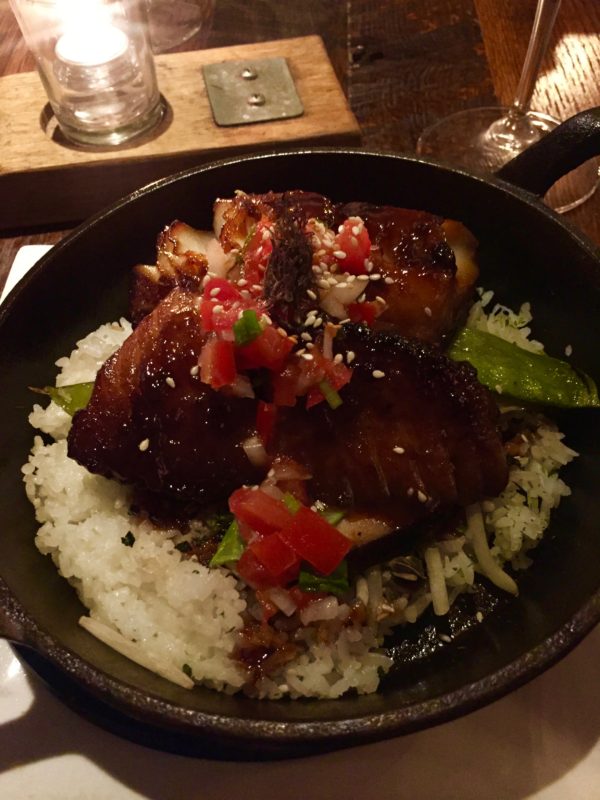 At Roys, I would always order the Butterfish, which is light, sweet and delectable, luckily for me, they created a similar dish with the same Butterfish. Melt-in-your-mouth fresh fish with sautéed veggies and rice. Mmmm I can still taste it!

I would fly to Kauai just to sample these excellent dishes ~

While staying on the beautiful garden island of Kauai, make sure you make a reservation at Roy Yamaguchi’s new concept restaurant Eating House 1849.  The clever design and homey plantation house feel coupled with great service and fresh local ingredients makes this foodie and her husband very happy! You will be too!

Let me know if you have plans to visit Kauai ~ Check out Unparalleled Beauty at the Grand Hyatt Kauai Resort & Spa, for more details from our amazing anniversary trip!